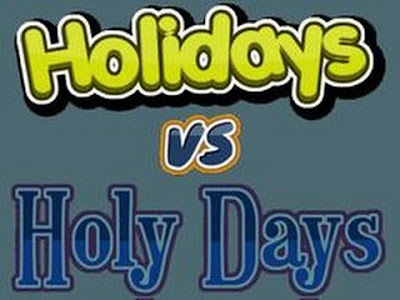 This morning, on Facebook, I asked the question, "With Halloween less than a week away, why, as "Christians", do we celebrate pagan holidays (Halloween, Christmas, Easter), but not the Holy days of the Bible?".

I got a couple of answers ranging from getting a day off from work to American tradition.  I also received comments regarding my listing Christmas and Easter as pagan holidays and I'm sure I will get more, here.

Let's take a look at origins, traditions, and what the Bible says about it all, shall we?

According to the Encyclopedia Britannica -


"During the later periods of Roman history, sun worship gained in importance and ultimately led to what has been called a 'solar monotheism.' Nearly all the gods of the period were possessed of Solar qualities, and both Christ and Mithra acquired the traits of solar deities. The feast of Sol Invictus (open unconquered Sun) on December 25th was celebrated with great joy, and eventually this date was taken over by the Christians as Christmas, the birthday of Christ."

Did you catch that?  Anything seem wrong with this, to you?

The Christians were apparently trying to get more converts so they tried to make the Messiah more like the idols found in sun worship---all under the guise of making Him more attractive to pagans. They even brought various elements of the December 25th "feast of the unconquered sun" into their worship by saying that December 25th was actually the Messiah's birthday. This is the origin of Christmas and this is why we have various pagan-rooted traditions accompanying this holiday.

So...who converted who?  Aren't we suppose to be set apart from the world?


When Paul was writing to the Ephesians, a group of believers who were surrounded by idol worship, he said:


Ephesians 5:11 - And have no fellowship with the unfruitful works of darkness, but rather reprove them.

So we shouldn't be trying to copy idolatrous feasts. Rather, we should be exposing them for the fraud and lie that they are. One of the last things our Savior would ever want is to "acquire the traits of solar deities" and believers should not be imitating pagans.

So...Just when was Jesus born?
.
The scriptures do not supply us with an exact date of birth.  We know the date of His death is on Passover. Scripture does tell us the time of many other important events in biblical history such as the founding of the temple (first day of the biblical year), the timing of the Exodus from Egypt, the date that the flood began and many other events. But the date of the Messiah's birth?  Scripture is silent.

What about Easter?  We won't spend much time on this but let's check out the beginning.

The origin of Easter dates back to ancient times, not long after the flood, Nimrod, a grandson of Noah, had turned from following his grandfather's God and had become a tyrannical ruler. According to the biblical record, as king, Nimrod created Babel, Ninevah, Asshur, Calla and other cities, all known for lifestyles that promoted unspeakable evil and perversion. When Nimrod died, his wife, Queen Semiramis, deified him as the Sun-god, or Life Giver. Later he would become known as Baal, and those who followed the religion Semiramis created in his name would be called Baal worshipers. They became associated with idolatry, demon worship, human sacrifice and other practices regarded as evil.

The origin of Easter involves the birth of Semiramis' illegitimate son, Tammuz. Somehow, Semiramis convinced the people that Tammuz was actually Nimrod reborn. Since people had been looking for the promised savior since the beginning of mankind, they were persuaded by Semiramis to believe that Tammuz was that savior, even that he had been supernaturally conceived. Before long, in addition to worshiping Tammuz (or Nimrod reborn), the people also worshiped Semiramis herself as the goddess of fertility. In other cultures, she has been called Ishtar, Ashtur and yes, Easter.

With all of that being said, I am not condemning anyone for celebrating Christmas or any other holiday.  We celebrate them in our home, as well.  We taught our children and are teaching our grandchildren about why we celebrate them as the birth and resurrection of Jesus.  But shouldn't we put more emphasis on the Biblical Holy Days such as Pass Over, The Feast of Tabernacles, The Day of Pentecost, and so many others.  I like this paper written by 11 year old Tessa.  Here is just a short excerpt but I hope you will take the time to read the entire article. Why I Celebrate God's Biblical Holy Days Instead of Holidays


The reason we don’t keep Christmas is because the Bible doesn’t tell us to. It tells the story of Jesus’ birth, but not as a Holy Day. It doesn’t even tell us what day He was born. Dec. 25 is a day called the winter solstice. Most of the traditions of Christmas come from people called pagans who lived before Christ was born and worshiped idols. Later, during the Roman Empire , Christians started keeping these traditions in Jesus’ name and today everyone thinks that’s OK.

But the Bible says we shouldn’t take away or add to God’s laws. And we are not supposed to reject God’s Commandments so that we can keep man’s traditions, even if they seem fun. So that’s why my family doesn’t celebrate Christmas.


So...Back to my original question.  What saddens me the most is that nobody, not one person, answered the entire question.  Not really even part of the question.  One person did give me an honest answer, though, which made me think that most people celebrate these holidays for these reasons more than a Biblical reason.  His answer?

American tradition, kids enjoy them, brings families together, work gives you the day off, ect.


I know we will all go on celebrating the holidays as we have been but shouldn't we give some thought to the fact that Jesus celebrated the Holy Days?

So...can anyone answer my question?

With Halloween less than a week away, why, as "Christians", do we celebrate pagan holidays (Halloween, Christmas, Easter), but not the Holy days of the Bible?

Grandbabies and the lack of Fall...

I promise I haven't been slacking!  We had our grandbabies while my daughter and son-in-love were vacationing in Colorado, last week.  ALL. NINE. DAYS.    I love my grandchildren but let's face it, I am old!  HeHe!  PawPaw and I are draggin' booty, now, to put it nicely!  It's been awhile since I took care of an 8 month old AND a 6 year old!

So, has anyone seen Fall?  It is apparently lost again!  It has been incredibly warm, lately.  Shoot, I may even have to turn the A/C on again.  There aren't many signs of Fall, outside, either!  I did spot a few, though. 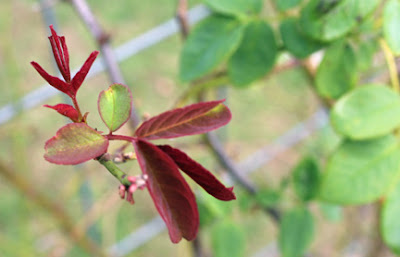 The leaves on the rose bushes are beginning to turn red. 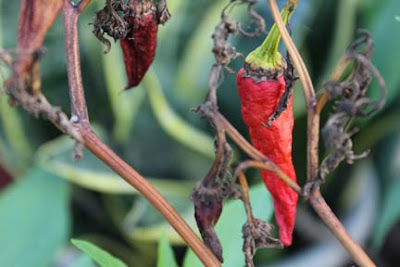 And this is all that's left of the pepper patch. 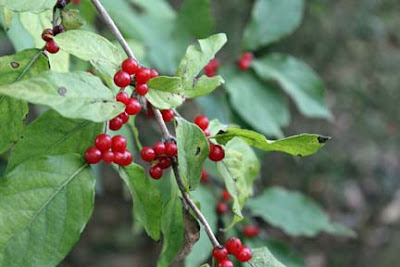 The bushes in "The Enchanted Forest" (my granddaughter named the circle of trees), are getting their fall berries. 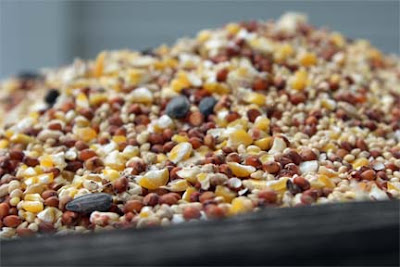 And I have started filling the bird feeders.  All sure signs that Fall will eventually come, but for the most part, we still look like summer around here. 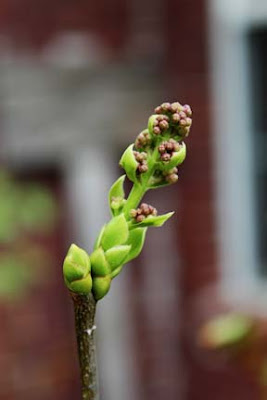 The lilacs seem to be putting on new buds. 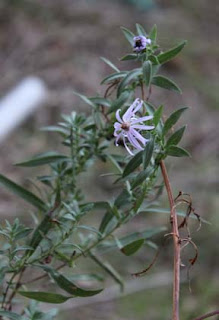 And the weeds are still blooming. 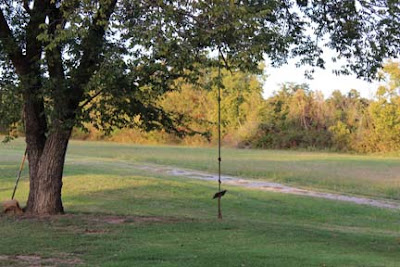 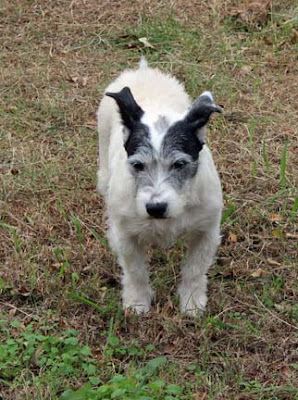 LuLuBelle says she wishes Fall would hurry up so these nasty flying insects will disappear.  She hates them! 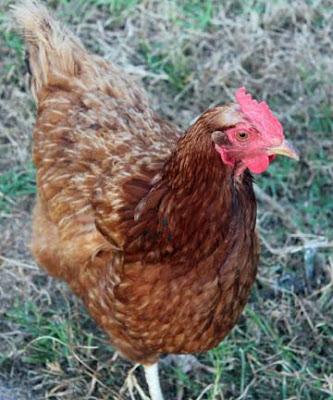 Nemo, however, wants it to stay this way forever but I wish it would get cooler.  The warm days and cool nights are great but I have to ask... 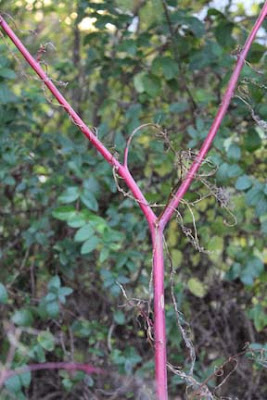 is Fall taking so long! 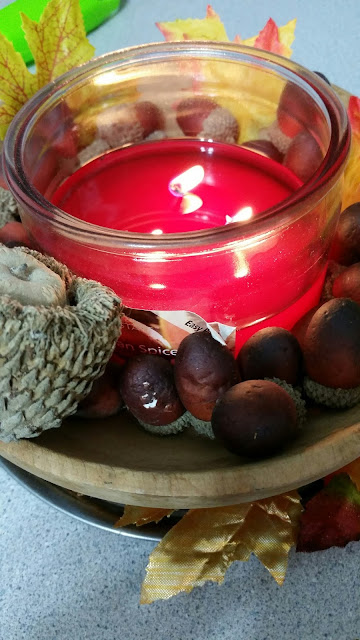 I love having a candle burning on a cool Fall day.  I don't know why but it just makes me smile.  I burn them other times but on a cool Fall day, there is something that says "Home", to me.  So anyways...
How the heck are you???

Our weather is typical for Oklahoma, this time of year.  One day you will need a jacket and the next day, you will be wishing that nudity was in style!  I'm not kidding!  Yesterday, I thought I was going to die from the heat and today, a cold front came in and I'm reaching for the jacket and long pants!  Ugh!  It's supposed to be even worse next week.  By Sunday, we will be near 90*, again!  That poor A/C isn't done, for the year, just yet!

I finished the afghan for my granddaughter.  I hope she will like it come Christmas!  I also finished a scarf for my son-in-law, and started a blanket for the grandson.  I need to get working on some things for my husband before it get real cold.  He works outside for the most part and will need all sorts of hats, scarves, and the like.  I haven't made one thing for myself but that's ok.  I made enough scarves, cowls, arm warmers, ear warmers, and hats, last year.  I didn't even get to wear most of them because the winter was so warm.

Can you even believe it is the middle of October, already???!!!  Where the heck did this year go?  I don't think I will ever get used to time going by so fast.  Every new month, I am surprised that it is actually that month!  *Shaking my head*  Times just flies, doesn't it? 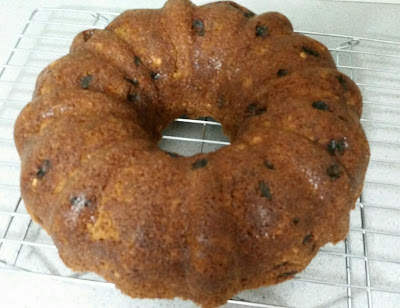 With the cooler temps, this morning, I decided to do some baking.  I mixed up a batch of zucchini, raisin, walnut bread, to put in the freezer for the winter months when there isn't any zucchini available.  This was the first pan. 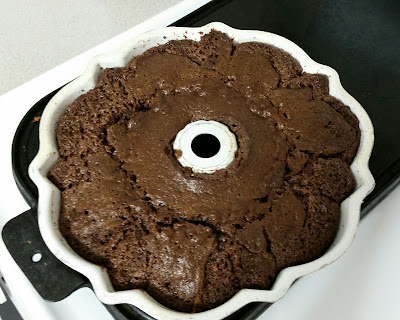 For the second pan, I decided to add a bit of cocoa powder.  This is the first time I've done that and I can't think of any reason why I never did it before.  It's just enough chocolate flavor to satisfy my craving.  I have a couple of more batches to make and then it's on to pumpkin bread.

I bet you are wondering why I used bundt pans to make bread.  Well, funny story...not really funny, but you know.  I got the batter all mixed up and went to pull out the loaf pans but couldn't find them.  I dug in every cabinet, in the food pantry, in the laundry room cabinet where I keep extra stuff, even in my storage trailer, but couldn't find them in either place.  So, what does one do?  You use something else!  Got the batter in the bundt pans, put them in the oven, and turned around and saw this... 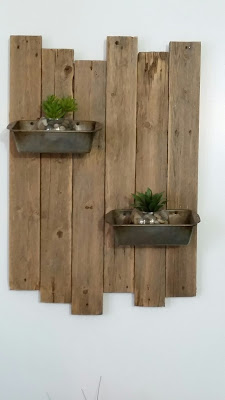 Oh yeah!  I wanted to get new loaf pans so I had my husband use the old ones for this project.  DuH!  I never did replace them so I guess that is on my list of things I need!  Apparently, not only is time slipping away, but my brain is going with it!  *sheesh*

Y'all have a blessed Fall day!

My Mister, grandbabies, & me

The Girl & Her Little Family 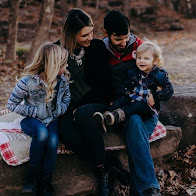 Life in Black & White Sunday Morning Southern Gospel from the Pastor's desk 1902 Red Brick Cottage From the "Did You Know?" files Happy Fall Y'all!